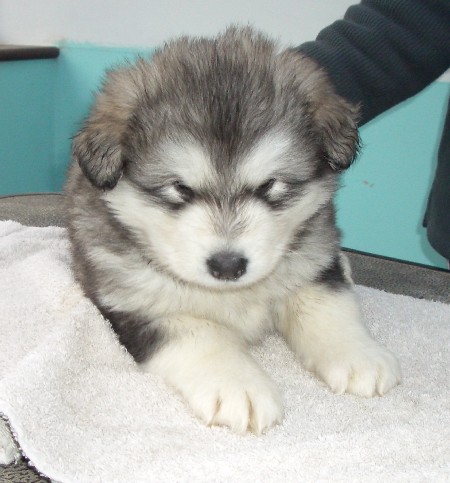 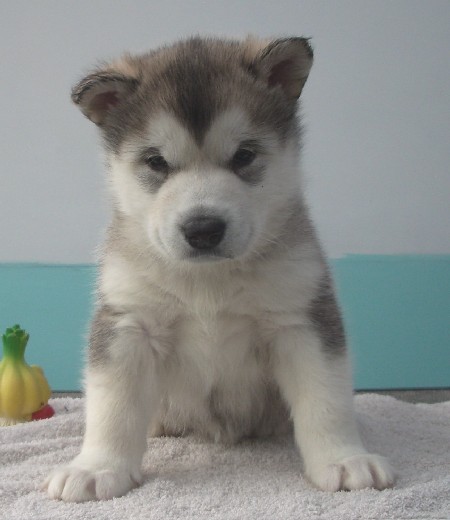 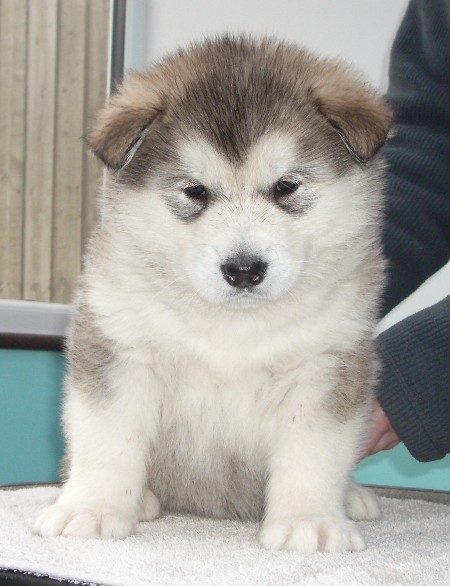 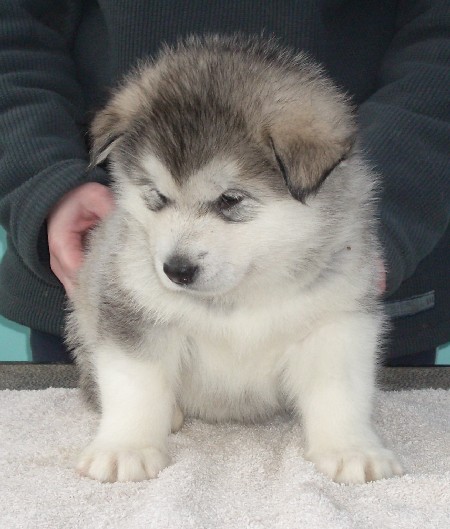 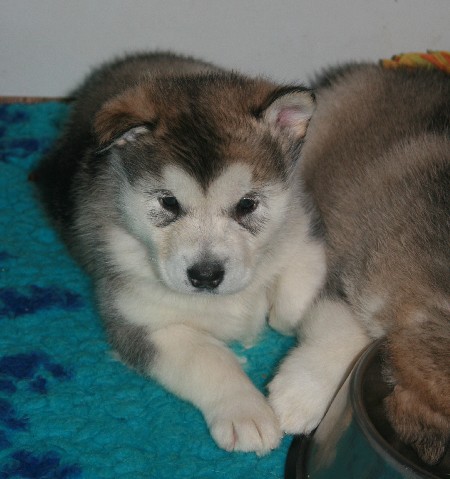 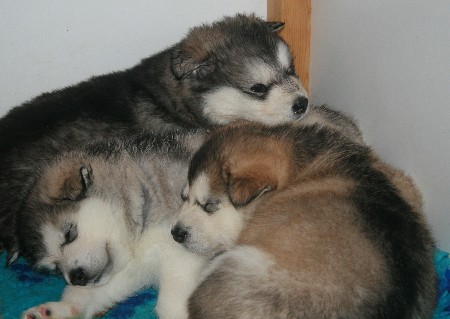 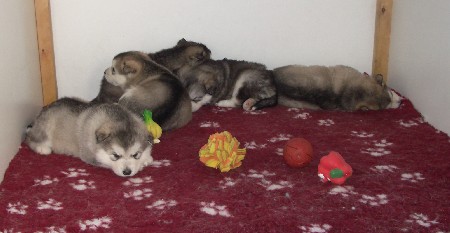 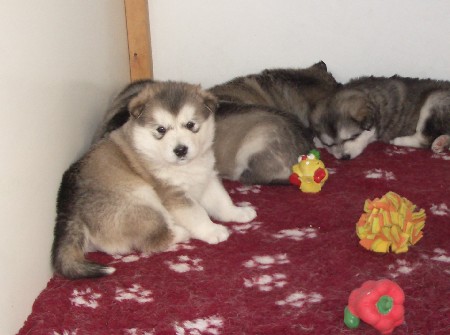 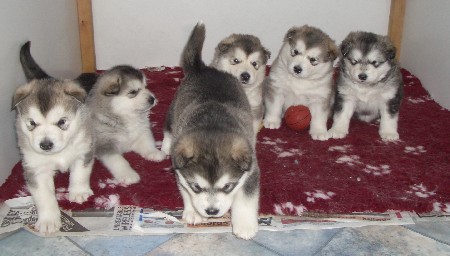 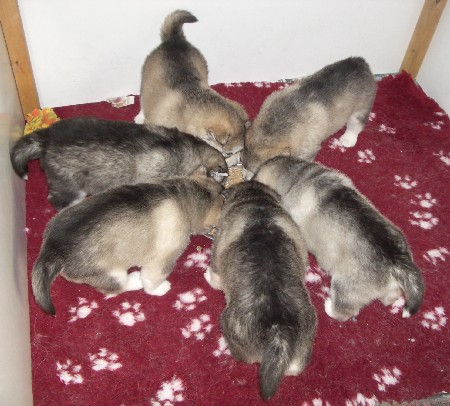 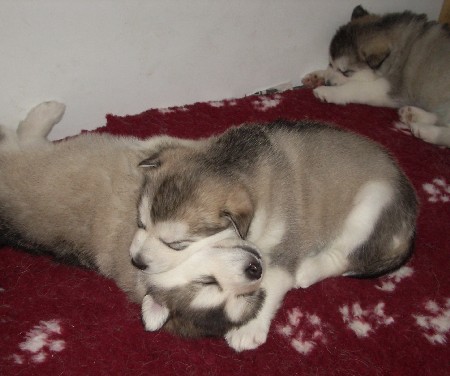 Videos at 4 weeks old: Rachel being climbed on by the puppies.

The puppies are gorgeous and chunky. First the four girls: 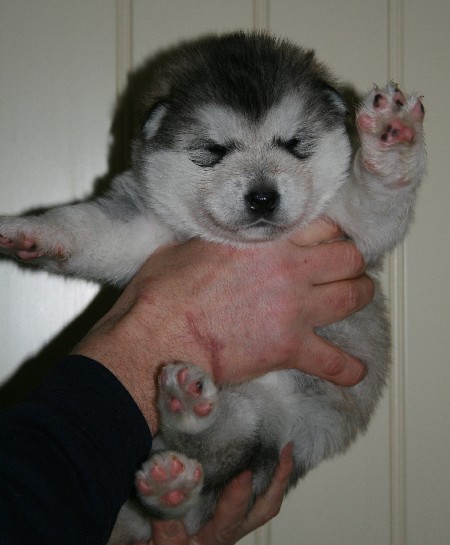 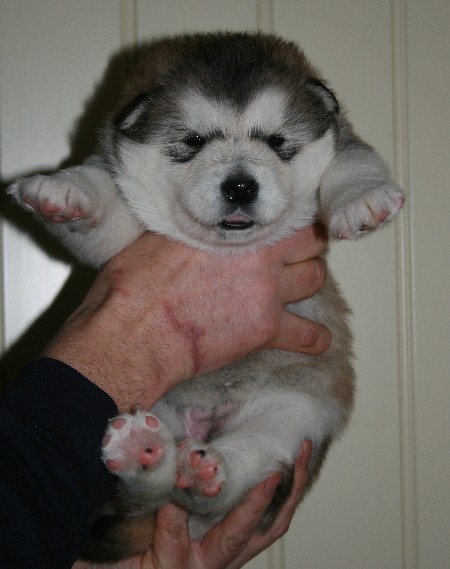 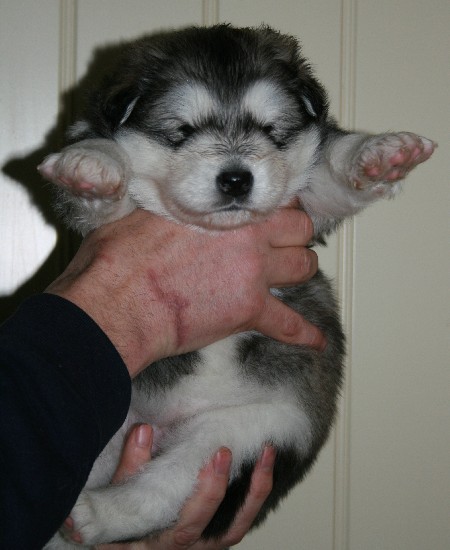 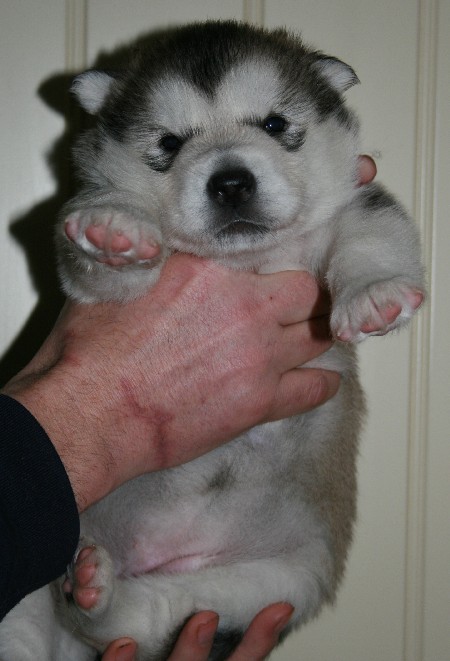 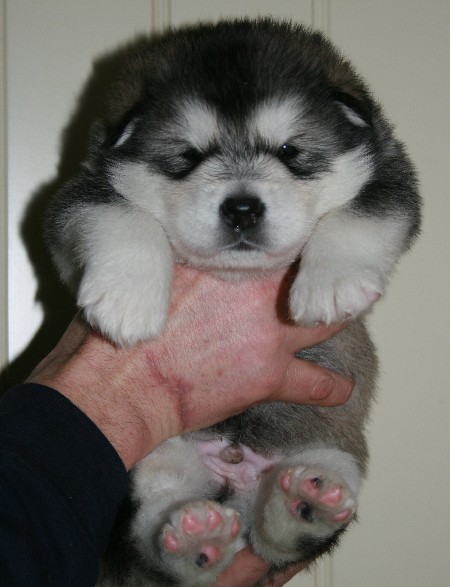 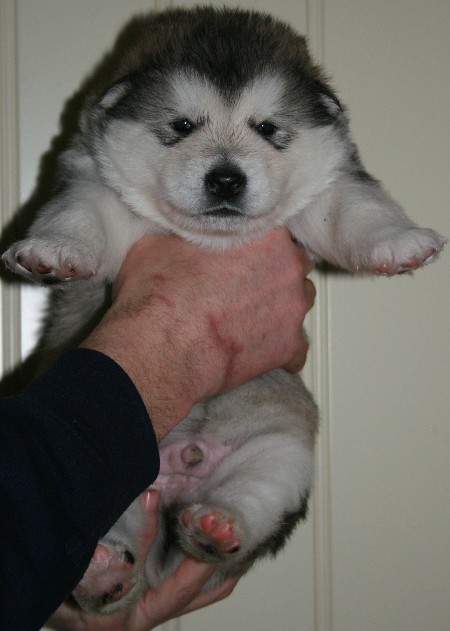 At one week old. 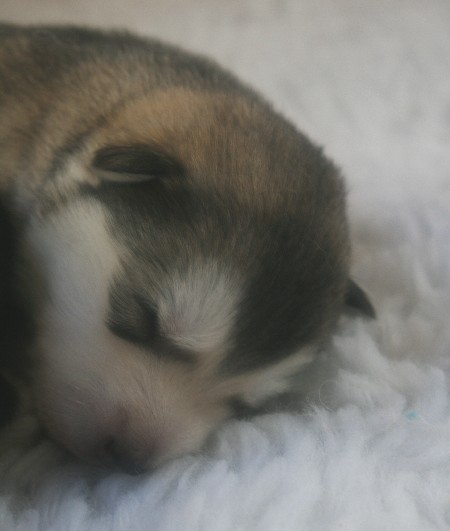 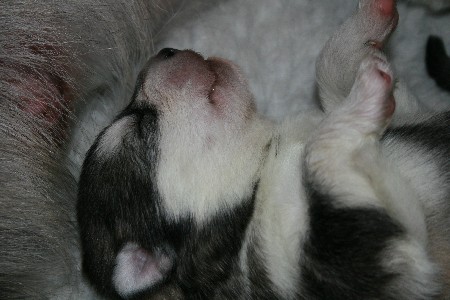 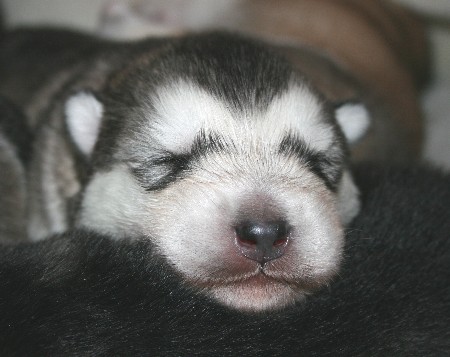 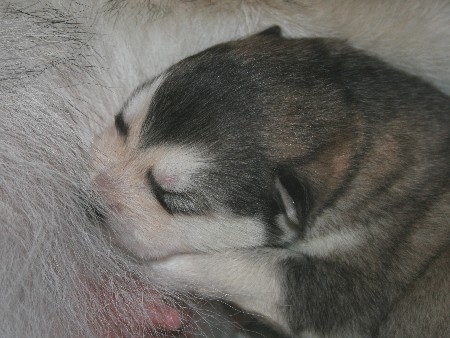 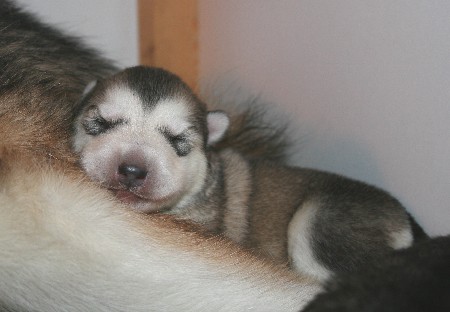 At one day old. 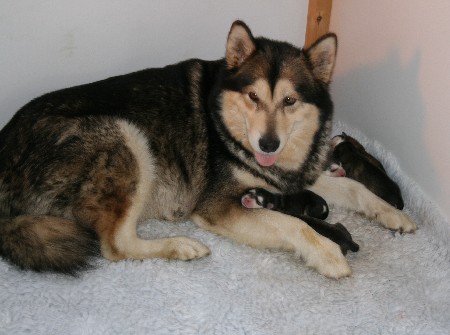 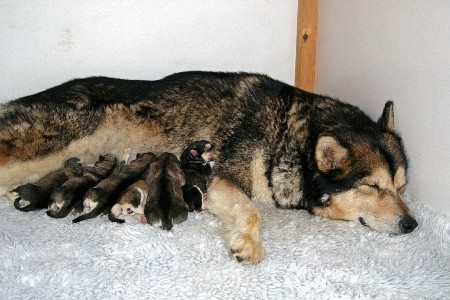 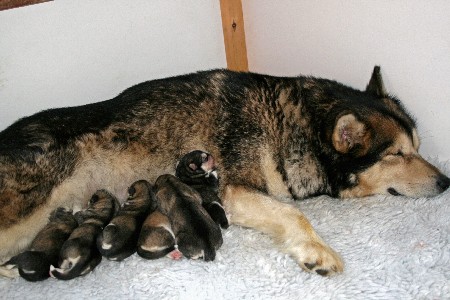 A pairing that will hopefully bring, Dark pigment, Harsh coats, and Good Bone! Both parents are Shown In the UK & Europe and are worked across UK’s best trails! 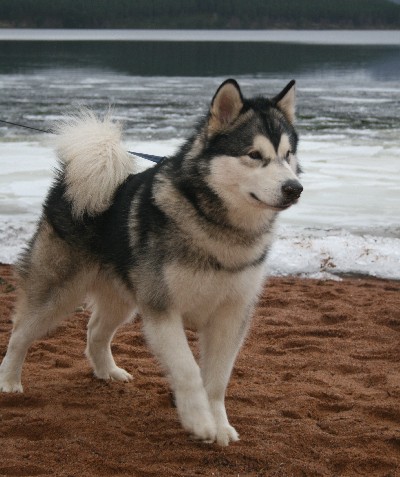 Coming from one of the Top Dutch Kennels, he brings with him sound temperament, Harsh coat, Dark Pigment and Fantastic Bone….

His Sire is a Multi Champion and his older brothers are both International Champions, where hopefully Hades will follow in their pawprints…

He is currently a?Dutch Champion?and in the spring will hopefully complete his German Championship….

At the Scottish Kennel Club, Edinburgh May 2008 under Judge Mr J McManus, he then took the Reserve CC / Reserve Best Dog after being placed 1st Post Grad Dog. 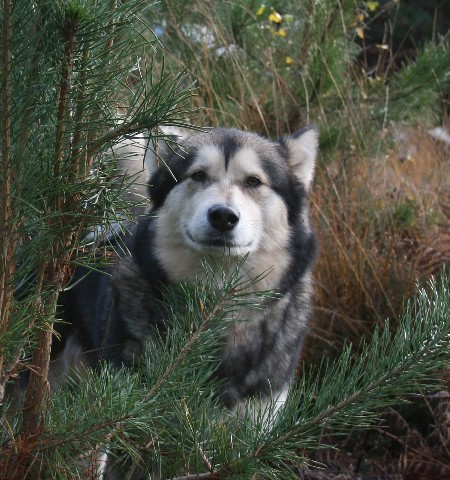 Feline became a?German Champion?in the spring. She is a wonderful dog both in the ring and on the trail with a get up and go attitude.

She was placed 1st Post Graduate Bitch at Crufts 2007, she won Best Opposite Sex at the AMCUK open show in May 2006 under Mr J Luscott.

She was the other half of the team with Mushu in Aviemore 2007, and a key member of the 3 dog team in 2008 where she ran with Hades and Mushu.

All homes will be fully vetted before we alow any pup’s to leave us!

We are members of the AMCUK and Follow their CODE OF ETHICS!!!

If you would like to know more about this mating, or our dogs in general, please don’t hesitate to contact us.

This litter is now part of our extended family! Read more about Tikaani, Gizmo, Loki, Ghost, Star and Laiha.