Hi Sue, Here are some new photos taken today. Gizmo still sits on sophie’s lap although he’s just a little large now, but he dosen’t seem to realise it !!! 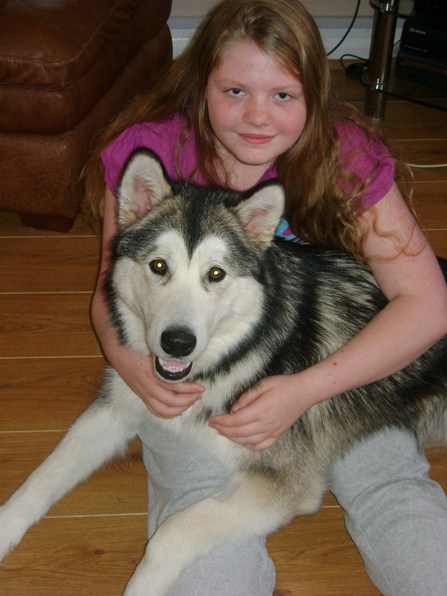 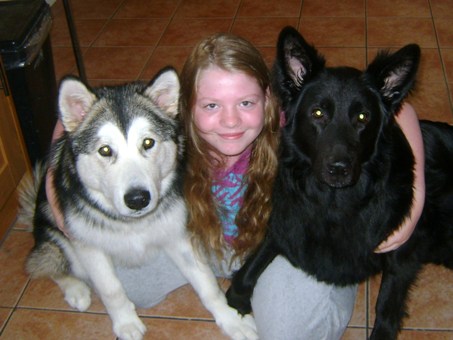 He still loves squeaky toys but they don’t last very long ( about 30 seconds at the most). He loves playing and going for walks with peppa and running about. 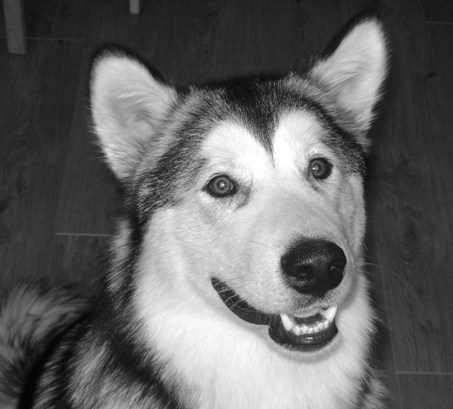 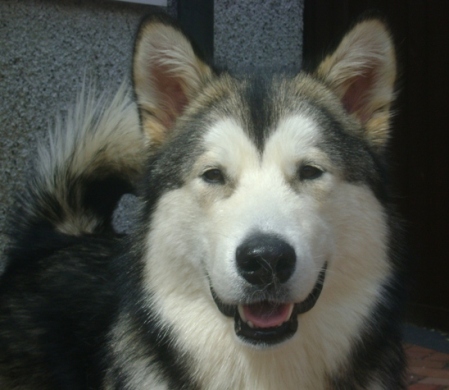 He sleeps thru the night now in his crate with no noise at all ( at last!!). He dosent like the hot weather and loves ice cubes. 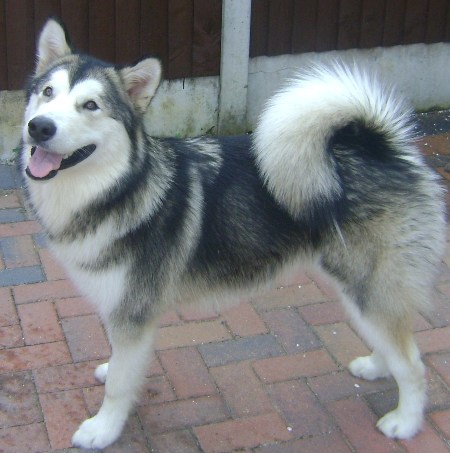 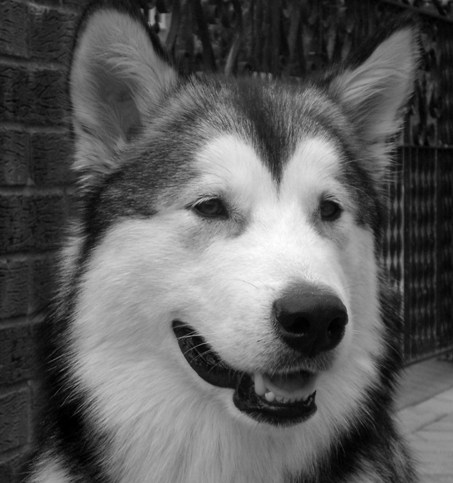 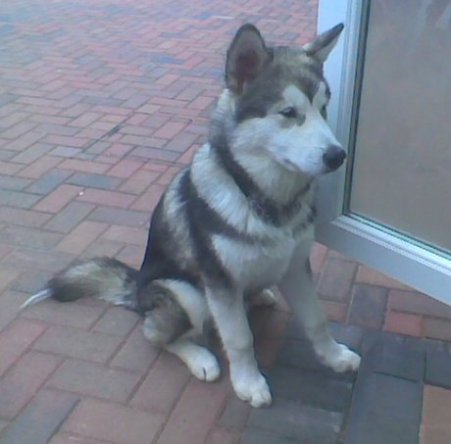 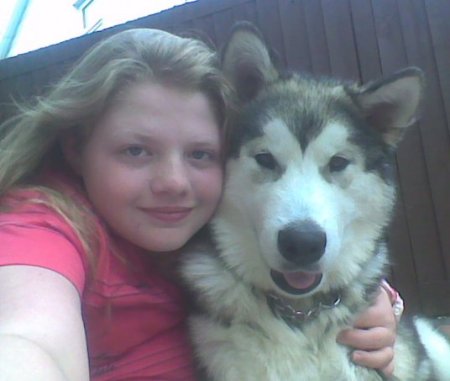 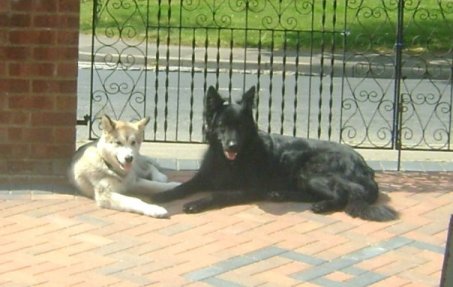 Gizmo is a dog with a character who always sits on my lap, the trouble is he doesn’t realise he’s getting bigger.

He eventually sleeps though the night without howling – yay ! (a few nights were a nightmare the whole 7 hours!!!) 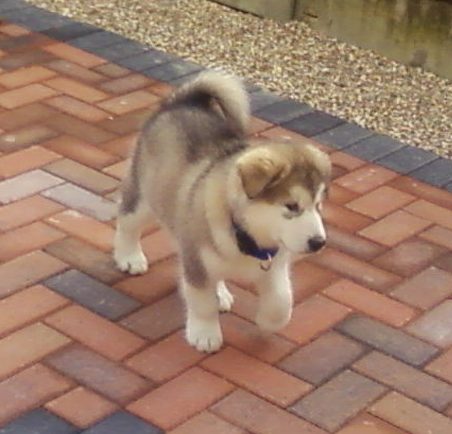 Peppa and Gizmo get on really well, although like most kids they argue for the attention. They playfight over toys and run around like maniacs in the garden. Peppa and Gimzo like getting hold of toys and play tug of war with them untill the arms and legs come off. A squeeky toy lasts about half a day.

Gizmo only bites his toys and peoples hands. He now knows his name and comes when called. He is good he doesn’t jump on the sofa and doesn’t go up the stairs even though we haven’t got a gate there. When he sees his reflection of himself in the mirror he sits there and looks at himself.